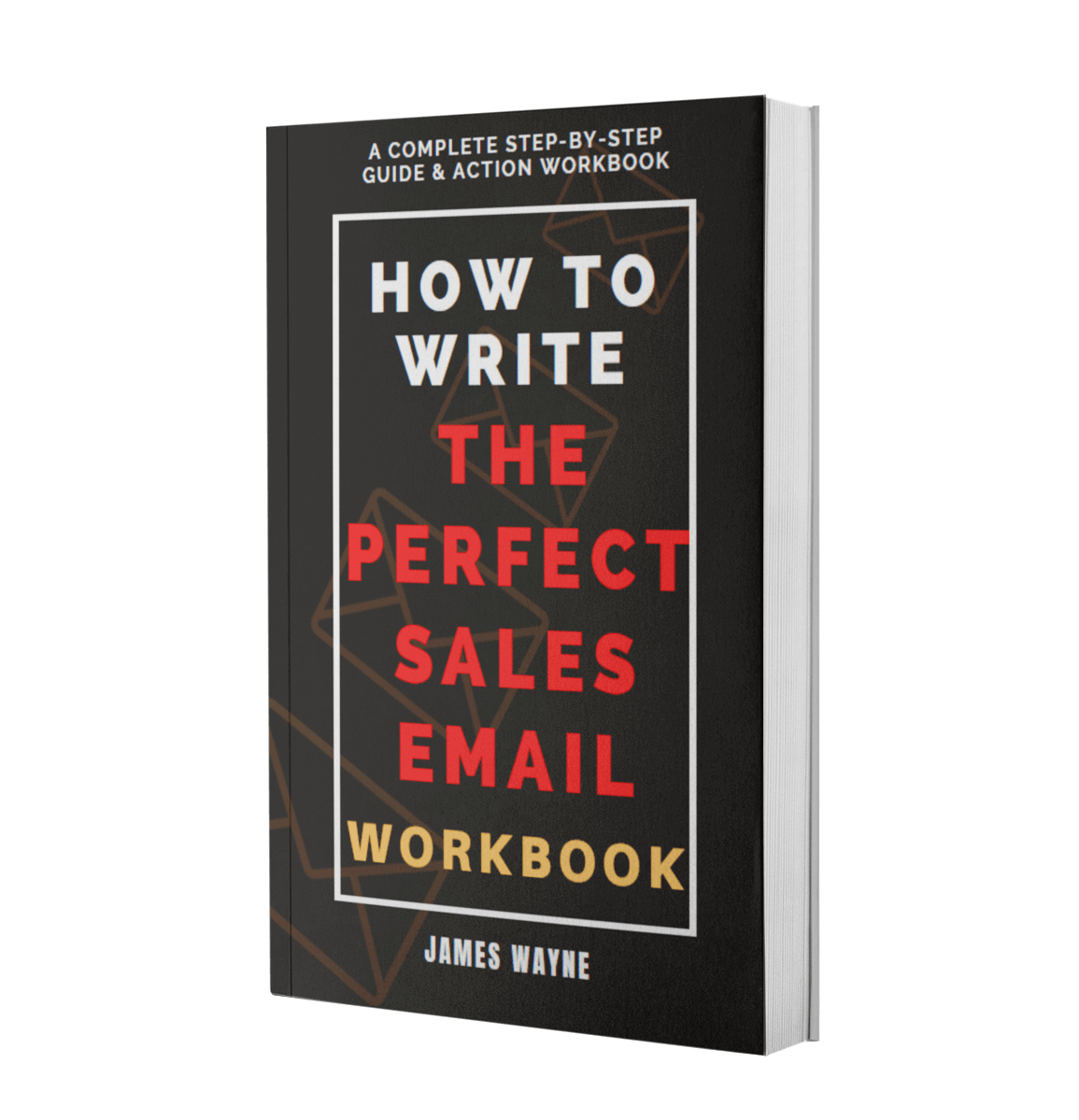 Each Of The 7 Elements Is Addressed As A STEP You Can Take To Write Better Sales Emails!

Including These 7 Elements Will Help You:

Know EXACTLY what to say & where to say it

Implement workbook as you go

Rinse and repeat this sales process

A whopping 26% of business owners think their emails are "ineffective" or "very ineffective"...

Houston, We Have A PROBLEM If...

Your emails AREN'T bringing in more customers or clients.

You have NO STRUCTURE for writing your sales emails.

You have a big list but you’re HEARING CRICKETS.

With This Actionable Workbook You Will...

LEARN the 7 elements that go into Perfect Sales Emails

KNOW what to say, and where to say it in your own Sales Emails

How I "Stumbled" Into This Million Dollar Framework

I vividly remember September 1st, 2018. I remember this day because it was the day I almost QUIT trying to be a business owner...

I had it in my head that if I didn't find success by the first of September, I was going to throw in the towel.

Instead, my wife persuaded me to keep going, and I'm so glad that I did!

I was struggling to get sales to my ecommerce store, and I had only gotten very little wins with it up until this point. It was nothing life-changing, and profits were only in the double digits at best...

My mind was blown! This no longer seemed impossible.

Little did I know that the way I wrote the email was the reason for my results.

I went on to send more emails with little to no success for a couple of months...

No longer feeling at the top of the world like I previously had, I decided to have another look into the one email that generated over $2,000.

I realized then that the way I wrote/structured the email was the reason behind my success! (Better late than never right?)

This email was structured in a specific way that had all of the elements of a perfect sales email. This is when I had my "aha" moment.

I wrote more emails in this style, and the results began to fly in.

The following year, we generated over $100K in sales from only emails!

What's more? It worked a lot like a snowball effect. Each year we continued to grow, and in last year we did over $400,000 in sales from the same kind of emails!

We're now well into 2022, and emails continue to bring us great results.

The store is still alive and flourishing to this day, and as of today, we've amassed over $908,000+ in sales from ONLY emails! 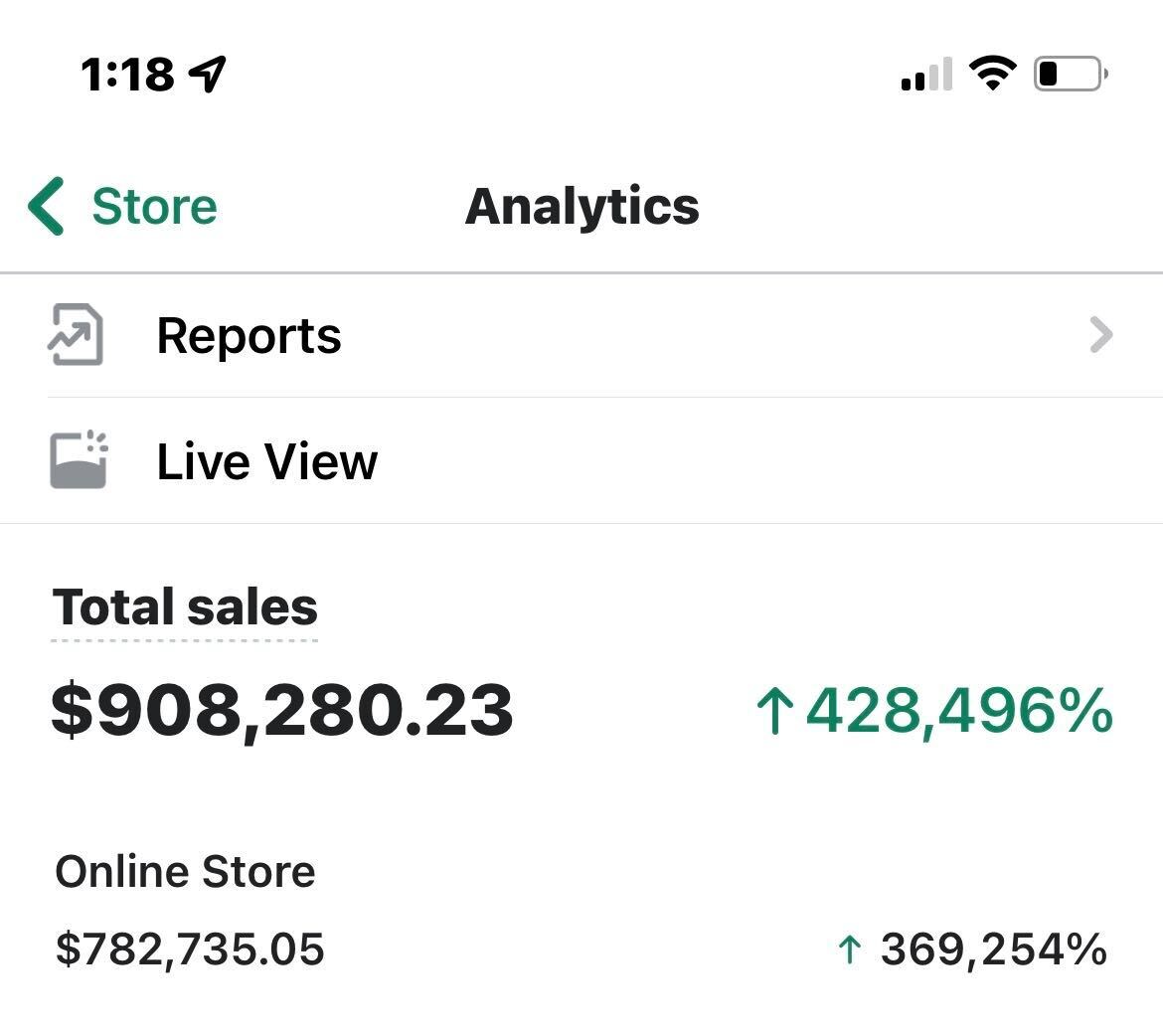 If you want to get more sales, customers, or clients from your Sales Emails... 2 things matter most:

I realized that I was not alone and that ALL businesses could also benefit from having this same simple 7-step sales framework.

After I realized what works and what doesn't through many tests, trials, and errors of my own...

The Perfect Sales Email framework takes the guesswork out of "what should I write," and "how should I structure a great email that will get me more sales, clients, and customers."

It outlines a simple 7-step structure of the exact elements that go into a perfect sales email.

And today, I'm excited to announce that I've put this same framework into a workbook to help more people to write their own perfect sales emails!

You will learn EXACTLY how to write your best sales emails ever (and know how to structure them properly) so you can get awesome results fast!

I include examples of how to write each step, so you will get a better understanding of exactly how YOU should do it

You will be able to email me if you have any questions, so I can get you the feedback you need!

I'm so confident you will find this to be the best investment to help you with writing more effective sales emails or I'll give you a full refund.

$5K in sales from ONE email 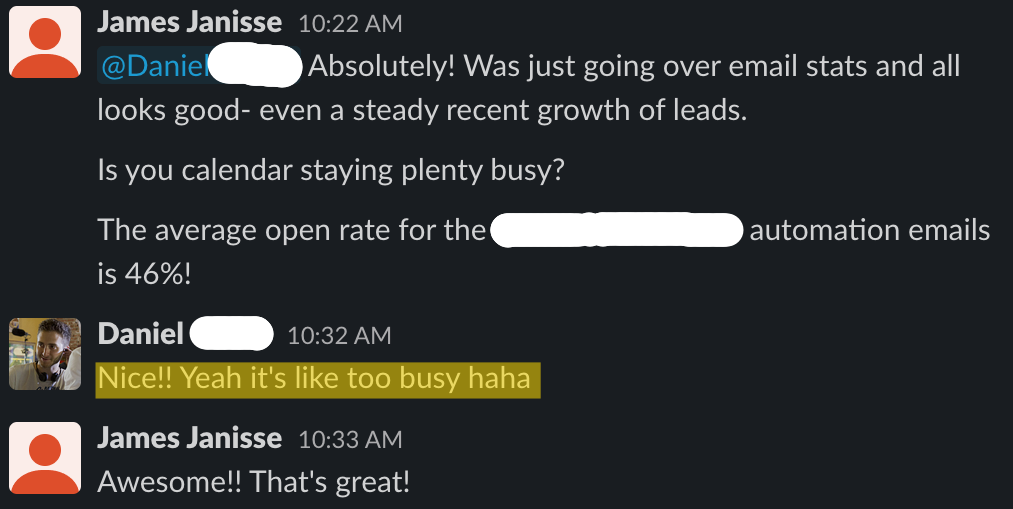 $50K in one month using ONLY emails 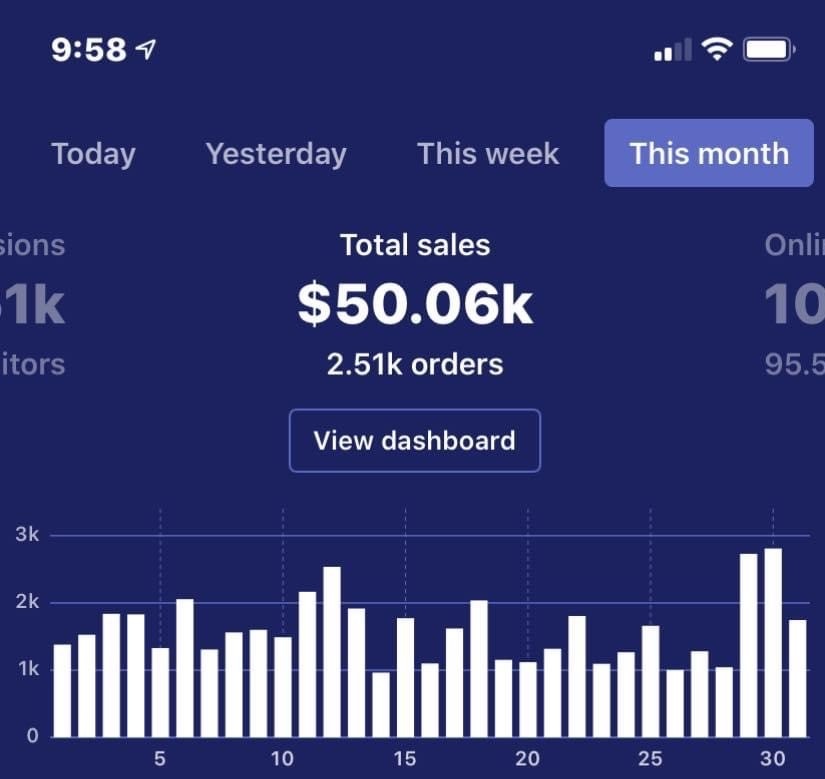 I'll Give You The Best Way To Get More Sales, Clients, & Customers, PLUS Two Bonuses So You Can SUPERCHARGE Your Sales Emails!

The 7-Step Sales Framework... In A Quick & Easy-To-Follow Actionable Workbook!

Instant access for "How To Write The Perfect Sales Email" So you can write your BEST sales emails ever! ($200 Value)

This quick worksheet helps you to gain clarity on EXACTLY who you're sending emails to... And allows you to SELL better by putting yourself in their shoes! ($50 Value) 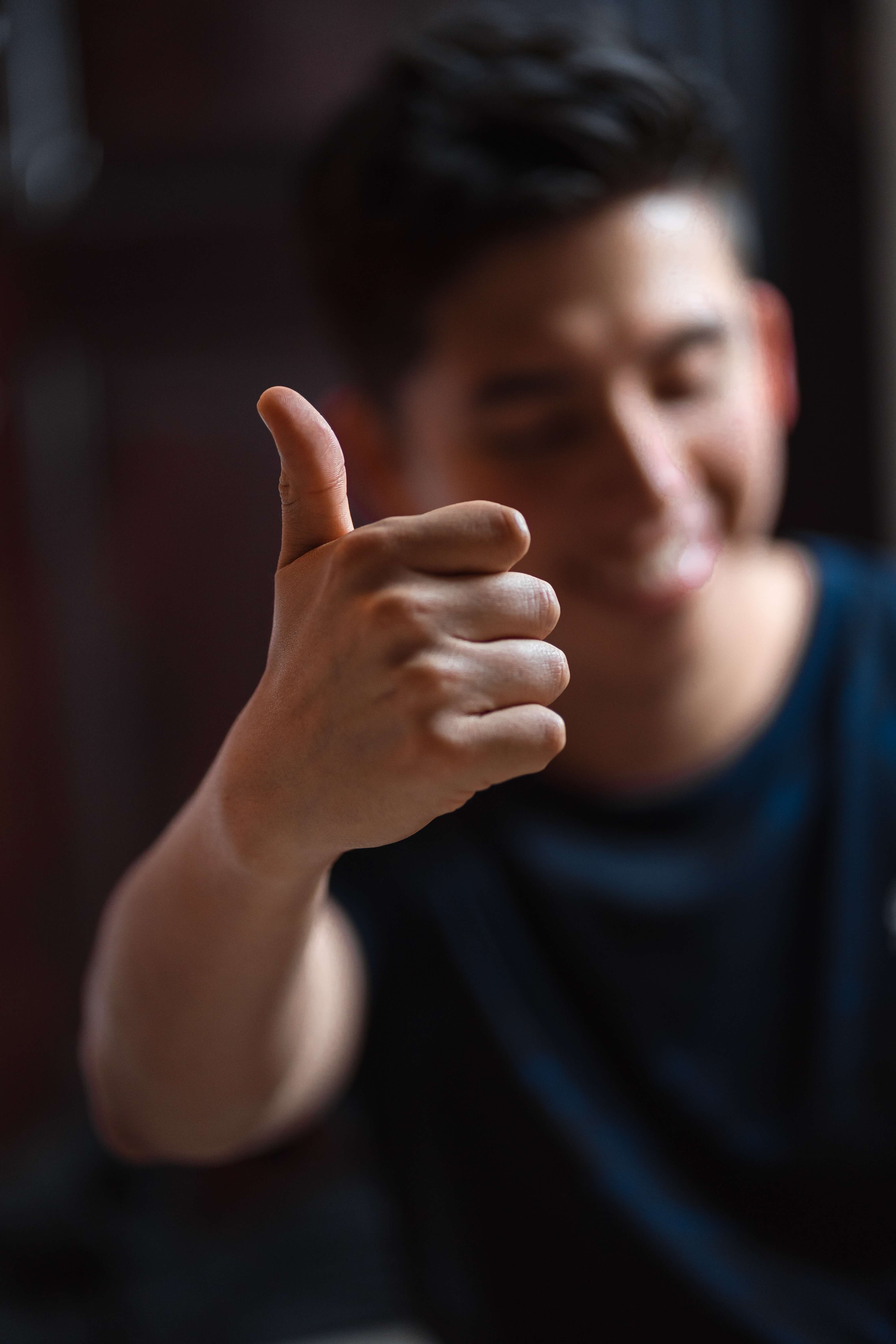 Download my quick guide and case study which shows how ANY business can give more value to increase sales! ($100 Value) 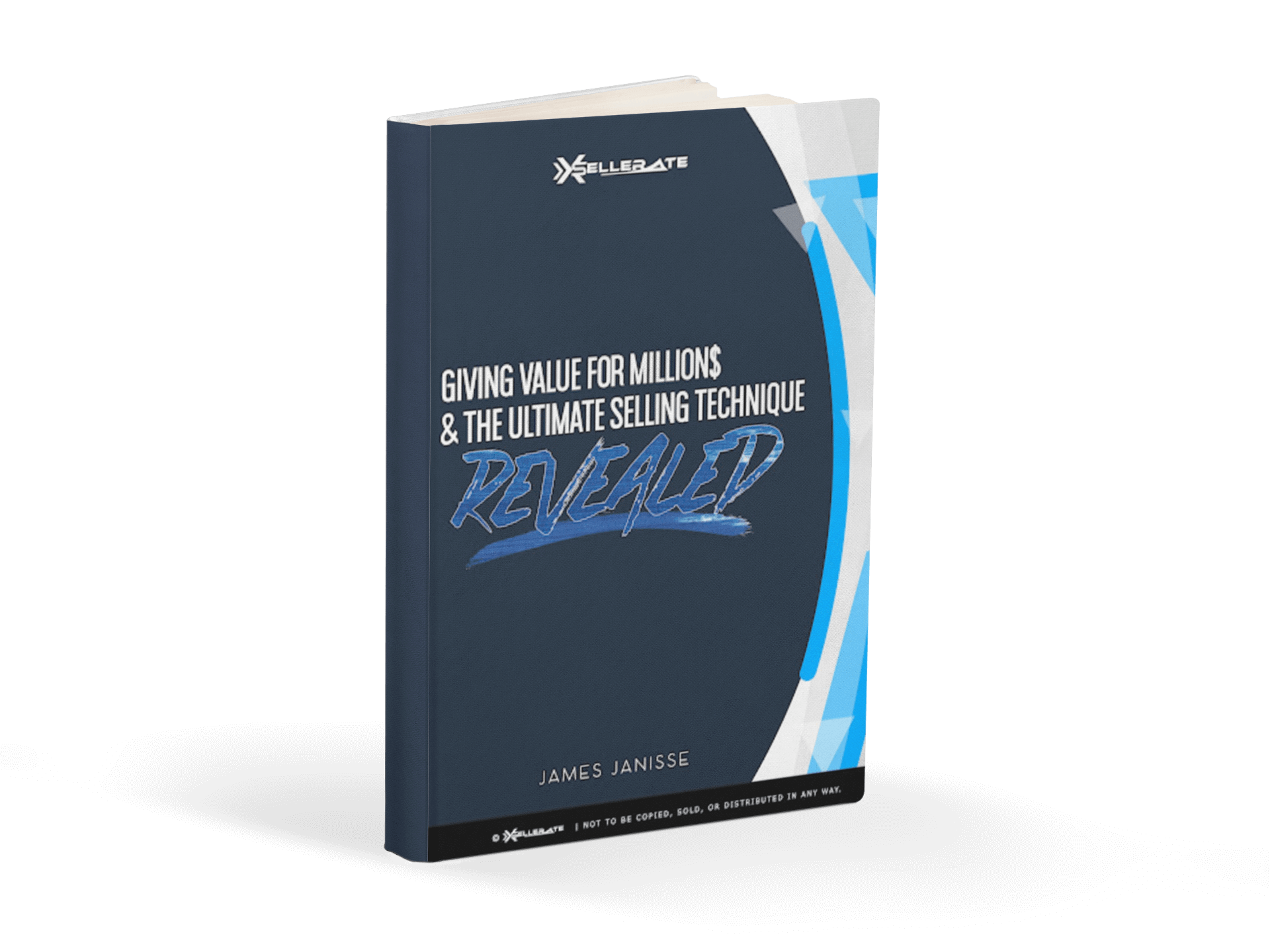 "If someone were to hand me this workbook when I was just getting started, I would've paid THOUSANDs of dollars just to get my hands on it..."

Get The Workbook That Will Help You To Write Your Perfect Sales Emails For Only $350 $7 Today! 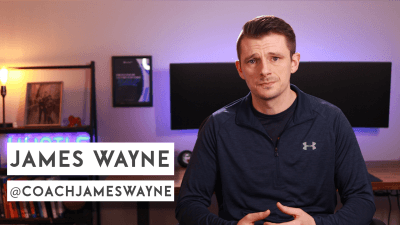 My name is James Wayne and I'm a business owner like you. Over the last five years, I've owned my own businesses and in the last four, I've specialized in using emails to generate results like the ones you've seen on this page.

At first, I struggled to sell anything online. Then, I dove in on email marketing and honed my craft by spending years testing and implementing ways to come up with blueprints and frameworks that we still use to this day.

I am now helping as many struggling businesses as I can because I know what it's like to be missing that one thing holding you back...

I've spent tens of thousands of dollars learning from the best, to come up with email and lead gathering processes that can work for anyone.

I have helped many different businesses in different industries to increase their sales and leads by helping them to set up and implement awesome emails and email marketing automations.

I founded XSellerateMethod.com where we help businesses to grow & scale using EFFECTIVE email marketing techniques (much like the kind you'll be learning about in this Workshop!)

My mission is to help GOOD businesses get their message out to the world. It's good businesses that will change the world, and I hope to help you do just that. 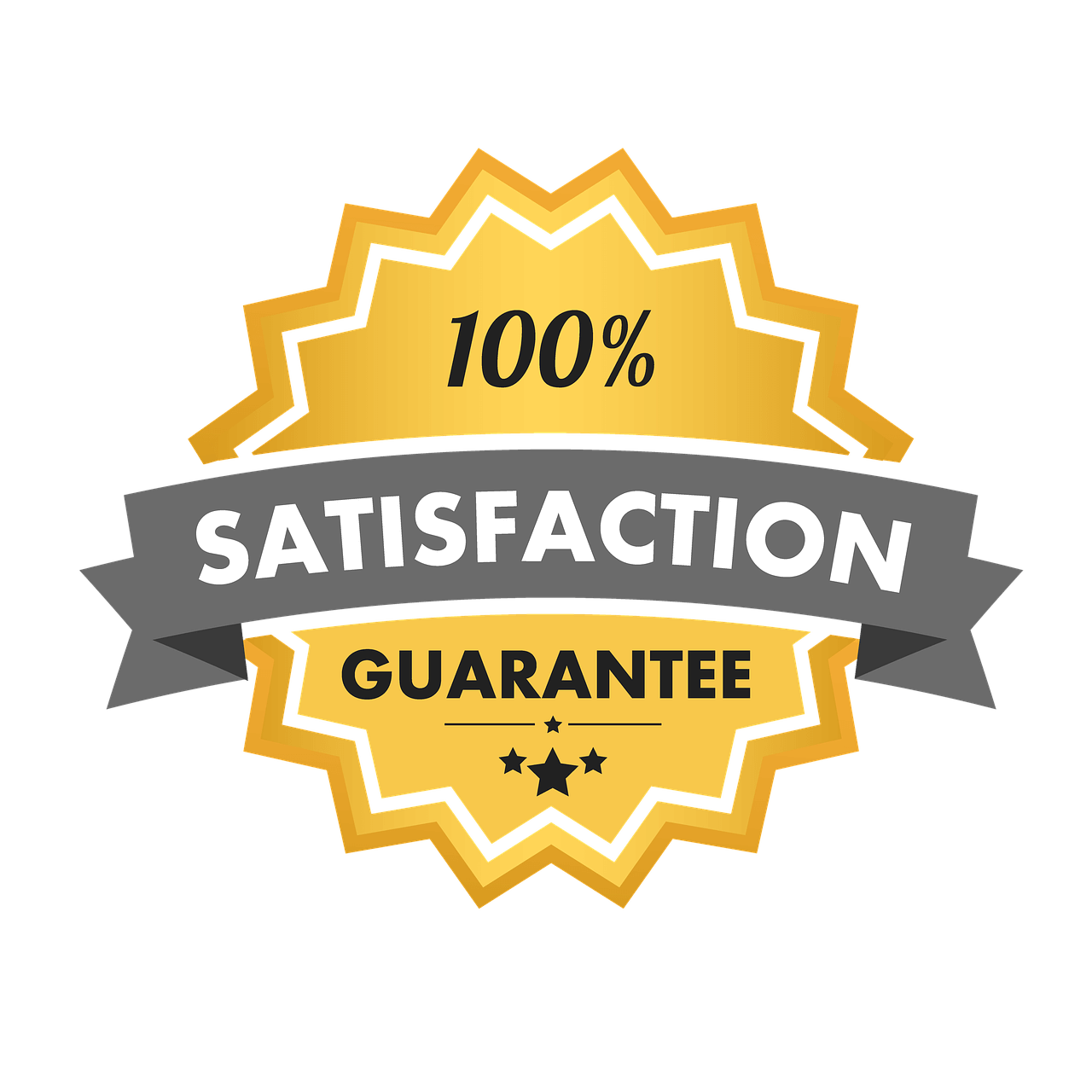 If you're still on the fence, remember...this purchase is 100% Risk-Free. All I ask is that you try and implement the strategies for your business. If you don't see positive results from implementing your own Perfect Sales Email, just send us an email within 7 days of your purchase and we'll refund your entire investment.

DISCLAIMER: The sales figures stated on this landing page and discussed in the XSellerate Method programs are our personal sales figures and in some cases the sales figures of previous or existing clients. Please understand these results are not typical. We’re not implying you’ll duplicate them (or do anything for that matter). The average person who buys “how to” information gets little to no results. We’re using these references for example purposes only. Your results will vary and depend on many factors including but not limited to your background, experience, and work ethic. All business entails risk as well as massive and consistent effort and action. If you’re not willing to accept that, please DO NOT PURCHASE OUR PROGRAMS OR COURSES.